Hello! In my first post back to the blog-o-sphere I said that I would do an entire post on a training update, because well it’s going to take an entire post. If you don’t give a hoot about my current gym routine and relationship with training then feel free to skip this post with no hard feelings. I get it, really. Not everyone is into this stuff and heck I sometimes question WHY I still am.

I’ve been an athlete for the bulk of my existence. This is not necessarily a good or a bad thing, yet merely a fact. I am who I am because of it. I think we all can agree on one thing if nothing else: the things we experience during our early childhood shape us (at least partially) into the person we develop to be during late childhood, adolescence, and adulthood. I know I don’t stray from that theory at all. I’m a competitive person, both with sports and with life and I don’t foresee that changing. Being introduced to the sport of jump rope at four, showing demos by age seven, and competing by age eight – it’s my second nature and arguably my first. 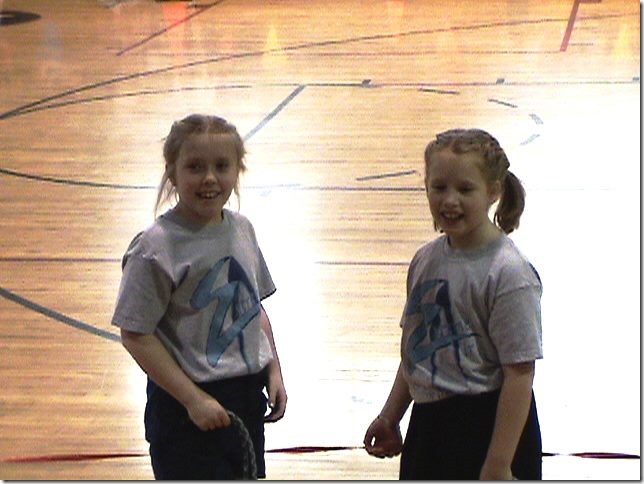 For me it was all about fun. I genuinely enjoyed the sport, and I would have  never left practice if given that option. When I quit jump rope at age 12 my eating disorder had already began to develop and leaving the sport only strengthened it’s fury. Throughout my experiences thus far with my recovery, the question has been prompted to me on numerous occasions, “can you talk about how your Ed and training are connected?” To be honest, point-blank, I really can’t. I don’t think they were. I think they are now only because it has been over 10 years. With time comes lack of control. I’m sorry but when a person has a “personal interaction” with a mental illness for ten consecutive years it tends to interplay with every single last bit of their life. And you know what? It sucks. But also, I refuse to believe that the two were related from the get-go… Yes the development of my ED and competing were happening at the same time, however the motives were different. I competed because it brought complete joy to my life, a smile to my face. There is not other feeling like performing those skills, it’s a high you get, you’re in the zone. My eating disorder on the other hand began to develop after I was already experiencing anxiety which started rearing its ugly head around age 5. I was a happy kid, but an anxious one. I think in my case the ED was an effect of my anxiety and a way to cope with that rather than being linked to sports. There was just absolutely way to much passion for the sport and for life. I miss that, I will admit that I miss having a relentless passion for my life. I’m working to get that back, which brings me to the present day.

Despite the advice of many people in my life suggesting that I cease any hard-core training for now and potentially for good, I’m going to pass. During my last round of treatment (early 2013) I stayed out of the gym for a period of months but what is more fascinating at least to me is that I stopped going to the gym the day that I relapsed. When I was actively in my disorder I would not train because I refused to allow the two to inter-correlate themselves anymore then they already were. Now if you have read any previous post on this blog you might be asking but, Sarah, you discussed how you almost died training for the death race. Yeah, I did. This is a difficult thing to explain and I’m going to do my absolute best here. When I first started training for the race I was in a really good spot mentally, physically, and emotionally. I was stable. I was a senior in high school and had been on a good track. I completed another Spartan Race and thought heck, why not. I’m competitive and this is the ultimate. It wasn’t about anything other than seeing what my body was capable of doing.

After my training for the race had been going for months I began to become obsessive with it, however in my head I told myself that everyone else was training at a high capacity and that in order to be prepared for a 50+ hour race you kind of need to “over-train”. Which brings up a whole different controversial point among the fitness community. What is over-training? And is it really over-training, or rather under-recovery. At the time I didn’t see an issue with it. There was a different mindset during this time, while I definitely wasn’t taking care of myself I also wasn’t completely neglecting things which is what happens during a relapse. I was eating enough to keep my weight stable, but I wasn’t eating enough to allow my body to recover between sessions enough to avoid injury. It’s a very fine line, but there is a difference in mentality and perspective.

These days there is a balance. There is a balance between gym-life, work-life, social-life, and school-life. Each different component has it’s time and place, and they balance each other out nicely. My mentality around the gym has also undergone a full 180 from where I was back in 2012. I no longer beat myself up over a bad session. It is what it is and if I can’t let it go than it has control over me which is not positive energy and will only affect future sessions. I used to go in with the mindset that I needed to absolutely annihilate myself in order to improve, where in reality it’s quite the opposite. While I still push myself and give it full-effort, I respect my body and it’s signals. If something doesn’t feel right I go lighter or modify to a different exercise and I don’t beat myself up over this emotionally. If I feel really good one day I’ll push a bit harder. I’ve also come to terms with accepting days off, or rest days. I’ll admit there used to be days where I could barely walk, I was sick, or I just dreaded the thought of going and I went anyways only to leave feeling worse. People say you never regret a workout, I can’t tell you how many times I have. Now a day I have an idea of what my workouts will be each week, but it’s fluid. This allows less stress and more balance. If I wake up really not feeling going I can either choose to take the day, change my workout plan to something different, or head to the gym at a different time than “planned”. If I’m too strict then things inevitably happen and I freak out.

In my last post I wrote about how I’ve been lifting less while practicing more yoga. This is still holding true and my body is feeling good. I’m more relaxed, my mental clarity is better, and I’m focused. I’m beginning to really feel like I’m getting back into my zone which is such an amazing feeling. A typical week looks something like this (but it does change):

Tuesday: jump rope or crossfit or a run, yoga

I’m still enjoying practicing deadlifts and bench press, as those are my two favorite lifts. I definitely feel myself gaining strength since cutting back on other lifting and really focusing on only those two plus accessory stuff to help the rest of my muscles support the load. I’ve been having fun with more body-weight exercises, which yoga also helps me focus on. Jumping is going good, I hope to compete again one day. That’s a big goal of mine and each step I take with my gym-life is ultimately focused around that goal. Time will tell. For right now though it’s all about finding my happy and enjoying each moment.

“In any given moment we have two options: to step forward into growth or to step back into safety.” – Abraham Maslow

This site uses Akismet to reduce spam. Learn how your comment data is processed.

I'm a big fan of embracing your unique radness & being your best self!

Thanks for stopping by my site ♥

Tag along with Sarah

Trying to find something?